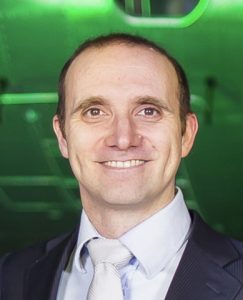 I am a software engineer working at Illumina within the Medical Genomics Research group. We develop software tools and apps to support clinical scientists and data analysts working on cancer genomics. I push the team to strive for high quality “clean code” that is fully tested and easy to change, to quickly address the ever changing and growing needs of the business, the customers and our users.

My interests are in genomics, molecular biology, tumour evolution and reproducible science.

2013-2022: Bioinformatics scientists at Illumina.
My role bridged between software development and data analysis. I wrote tools and apps to analyse and visualise genomic data from tumour samples as well as track associated metadata.

2009-2013: Post-doc position at Leeds institute of Molecular Medicine, University of Leeds.
In collaboration with Dr Arief Gusnanto and Dr Henry Wood, I have developed a method, CNAnorm, to use very low coverage high throughput sequencing data (Illumina) to estimate Copy Number Alterations (CNA) in patients’ tumour. In particular, we took advantage of the linearity between depth of coverage and CNA to estimate ploidy and tumour content in clinical samples. We have produced a Bioconductor package.

2006-2009: Post-doc position at School of Computing, University of Leeds.
I was involved in a multidisciplinary project aiming at modeling the locomotion of the nematode worm Caenorhabditis elegans. My role was both experimental and computational. Here I acquired most of my computational skills.

2002-2006: Ph.D in Genetics and Biomolecular sciences at the Department of Biomolecular Sciences and Biotechnology, University of Milan. I performed a phylogenetic and functional characterization of a family of plant transcription factors (WRKY) in rice using custom oligo microarrays.

A full list of all publications can be found here